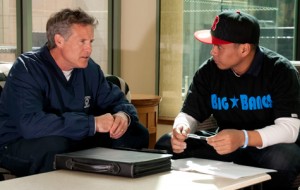 Coach Brown is the head coach of the Philadelphia 76ers in the NBA, and a great example of the Big Bang Ballers ethos and mentality.  We welcome Coach Brown, and thank him for his wonderful support.

Coach Brown was a star basketball player at South Portland High School in South Portland Maine. His father, Bob Brown, A New England Basketball Hall of Famer was the coach of his high school team.  Coach was formerly an assistant coach with Lindsay Gaze at the Melbourne Tigers before taking over at North Melbourne in 1993. He was named NBL coach of the year in 1994 when he led the Giants to the a championship victory over theAdelaide 36ers. He coached the Sydney Kings from 2000 to 2002 before leaving for San Antonio and the 5-Time NBA Champions, the San Antonio Spurs as an assistant coach.